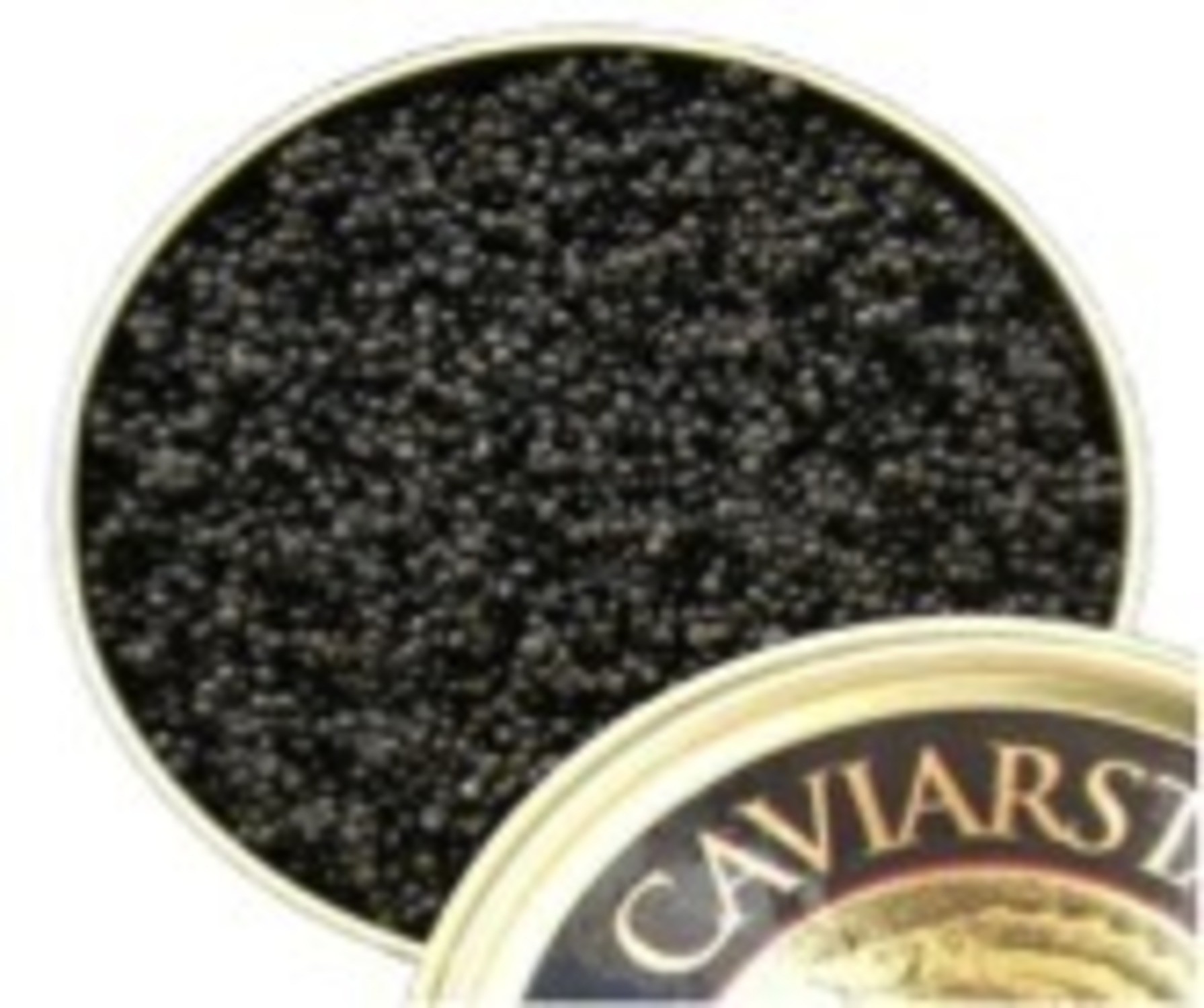 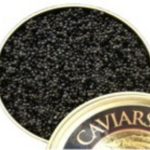 Caviar, sometimes called black caviar, is a luxury delicacy, consisting of processed, salted, non-fertilized sturgeon roe. According to the Code Alimentaire of United Nations’ Food and Agriculture Organization, caviar is defined as “the product made from fish-eggs of the Acipenseridae family by treating with food-grade salt”.

Traditionally the designation caviar is only used for sturgeon roe from the wild sturgeon species living in the Caspian and Black Sea (Beluga, Ossetra and Sevruga caviars). *Depending on specific national laws, the name caviar may also be used to describe the roe of other fish such as salmon, steelhead, trout, lumpfish, whitefish, and other species of sturgeon.

Caviar is simply sieved and lightly salted Sturgeon roe. Caviar bearing the word malossol on its label indicates that the roe is preserved with a minimum amount of salt, malossol being the Russian for “little salt.” The four main types of caviar are Beluga, Sterlet, Ossetra, and Sevruga. The rarest and costliest is from the beluga sturgeon that swim in the Caspian Sea.

Serving caviar is as simple as the product itself. Remove the caviar from the refrigerator no more than 15 minutes before serving, and serve cold, but not frozen, on crushed ice. Blinis, sour cream, or lightly buttered toast make excellent accompaniments. (Never use lemon with Caviar as it affects the taste.) Once opened, caviar should be consumed within two or three days. Silver utensils should not be used in serving the eggs because it can produce a metallic taste. Opt instead for serving utensils that are small, delicate spoons made of bone, tortoise shell or mother of pearl. Serve with vodka or dry champagne. Enjoy!

Caviar must be stored at about 26-28 degrees Fahrenheit to keep it fresh and tasty for an extended period of time. Regular household or restaurant refrigerators have much higher temperatures, normally around 38-40 degrees. That’s not cold enough to maintain the caviar at optimum quality. If you store it at this high temperature, you should consume it within a week or ten days. Caviar in its original four pound tin and stored at 26-28 degrees will last for more than 12 months.

*In the 70’s there were about 25,000mt of wild sturgeon being caught yearly in the Caspian Sea. In 2008 there has been a quota released of only 350mt of Sturgeon for the Caspian Sea, down more than 98% from the peak of the 70’s… (*We rely totally on farm raised sturgeon…)

BELUGA (huso huso) – is the largest sturgeon in the world and produces caviar that is highly valued for its’ large grains, delicate skin and clean mild flavor. This premium grade of caviar has nicely shaped, large firm eggs that are medium to light gray in color.

OSETRA (Acipenser gueldenstaedtii) this medium sized sturgeon produces eggs that are medium in size with color that ranges from dark brown to golden yellow and is characterized by it nutty flavor.

SEVRUGA (acipenser stellatus) the smallest of the three Caspian sturgeon this fish produces the smallest roe… it is gray in appearance and has a more pronounced flavor that is treasured by caviar aficionados.

*CURRENTLY THE ABOVE THREE SPECIES ARE NOT AVAILABLE IN THE USA. BELUGA CAVIAR IMPORTS HAVE BEEN BANNED INTO THE UNITED STATES SINCE OCTOBER 2005 BY THE US FISH & WILDLIFE SERVICE AS A CONVERSATION METHOD TO PRESERVE THE SPECIES.

WILD AMERICAN PADDLEFISH CAVIAR (polyodon spathula) has small pearls and is most similar in appearance and flavor to Caspian Sea Sevruga. It has a rich, complex flavor with an earthy finish and has grains that range in color from greenish brown to dark gray.

WILD AMERICAN HACKLEBACK CAVIAR (Scaphiryhnchus Platoryhnchus) is indigenous to the Missouri and Mississippi River systems. It is smaller and faster growing than most of the other sturgeon species growing to about 38 inches at maturity. American Hackleback Caviar is prized for its soft mild flavor and velvety black grains.

WILD AMERICAN SALMON ROE; Ikura (Oncorhynchus keta) is harvested from wild Alaskan chum salmon and is easily distinguishable by it large bright orange beads. These sushi grade quality eggs are firm and have a delicate ocean flavor and light saltiness. Other types of salmon roes are derived from Pink, Sockeye and King salmon.

FARM RAISED TROUT CAVIAR (Oncorhynchus mykiss) harvested from Rainbow trout comes in golden yellow, orange and black colors. The yellow color is the natural color of the roe. The orange color is derived from adding an additive to the feed that makes the eggs orange. These fish produce very firm eggs that burst on your pallet with a smooth clean flavor.

BOWFIN CAVIAR (Amia calva), also called swampfish, mudfish, cypress trout, and by the Cajun name, “choupique,” is an ancient fish that lived over 180 million years ago. In the American South it has been generally discarded as a “trash fish,” the flesh used in fish cakes. Bowfin roe is called “Cajun Caviar” in some parts of the South. The roe is glistening black like sturgeon caviar, firm, and very flavorful with a stronger finish.

LUMP CAVIAR or LUMPFISH ROE is a North Atlantic Ocean fish. The caviar is largely produced in Iceland. The roe is the small, hard, and crunchy. The eggs are dyed black or red and usually have a 10% salt content so it can be sold on store shelves. The food coloring is not stable, however and when used to garnish foods, the colored tends to bleed (especially into moist foods like sour cream). Is readily available, and is generally used when one is seeking an inexpensive solution.

MASAGO CAVIAR or MASAGO ROE also called capelin caviar: roe from the smelt fish is used in sushi and sashimi dishes. The eggs are small, fluorescent, and mild in flavor and very crunchy.

TOBIKO or FLYING FISH ROE is popular sushi ingredient; tobiko caviar is processed from flying fish. Flavors vary, since it can infused and produced in a wide variety of colors and flavors such as green wasabi, golden, red, yazu citrus, black and orange and is commonly used in Sushi bars on rolls or sushi naguri and eclectic restaurants.