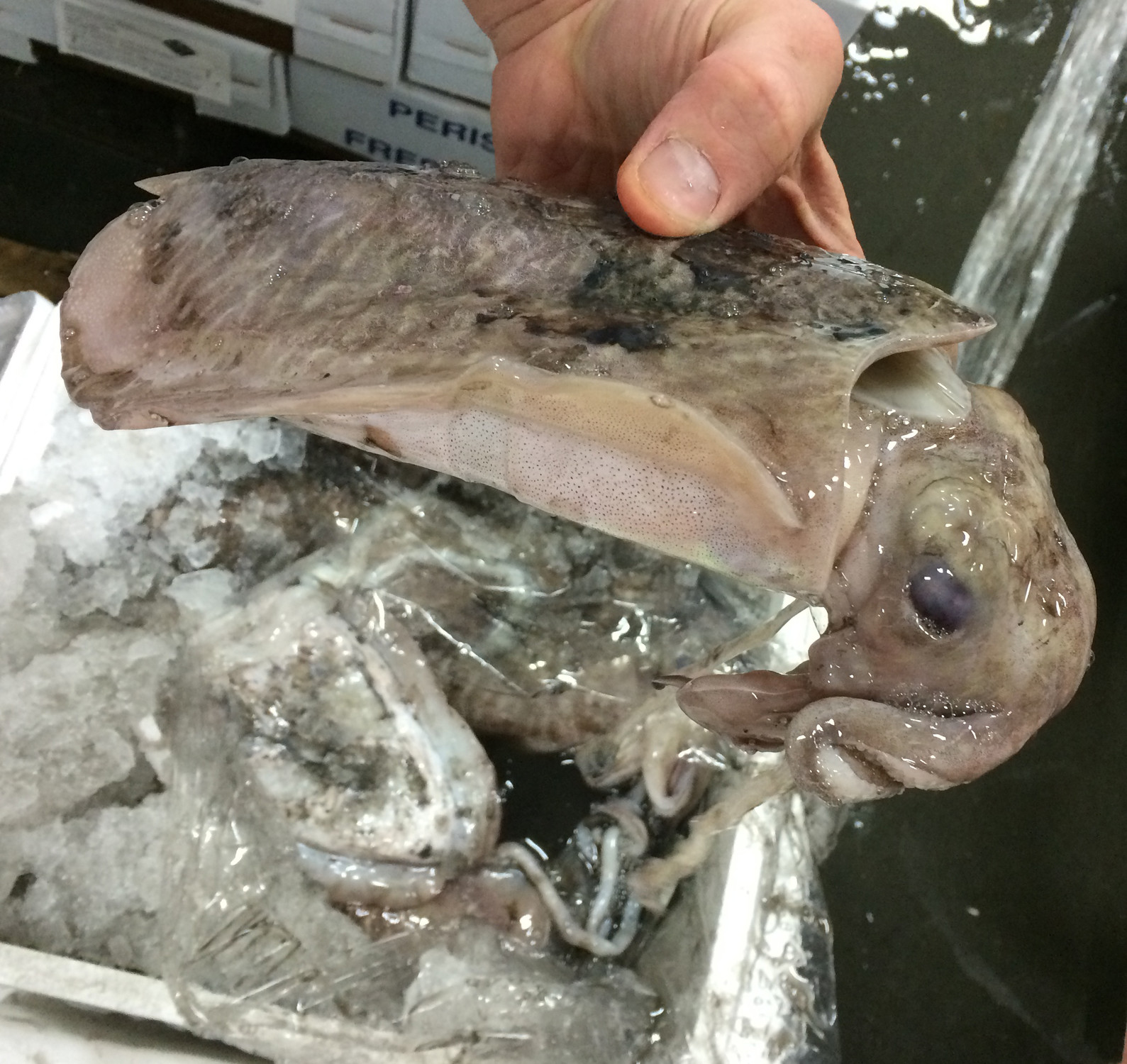 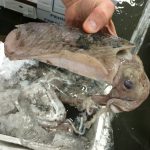 Identification & Biology: Despite the word “fish” in their name, cuttlefish are not fish but mollusks. Like squid, octopus, and nautiluses, they belong to the Cephalopoda class.

Cuttlefish have an internal shell, called the cuttlebone. They have large W shaped eyes, eight arms and two tentacles fiurnished with suckers, with which they secure their prey. They eat small mollusks including other cuttlefish, crabs, shrimp and fish.They have a rather short lifespan, living only one to two years. Cuttlefish are known as the chameleon of the sea due to their ability to change the color of their skin; either when threatened or as communication with other cuttlefish. Their unusual citculatory system includes three hearts and green blood.

Range & Habitat: cuttlefish are shallow-water animals but can go to depths of 2,000 feet. They are totally absent from the Americas, but present along the coasts of East and South Asia, Western Europe, the Mediterranean, and off the coasts of Africa and Australia.

Market Description: Cuttlefish are caught for food in the Mediterranean and in East Asia, where dried cuttlefish is a highly popular snack food, which is seasoned and then roasted, called Sarume.