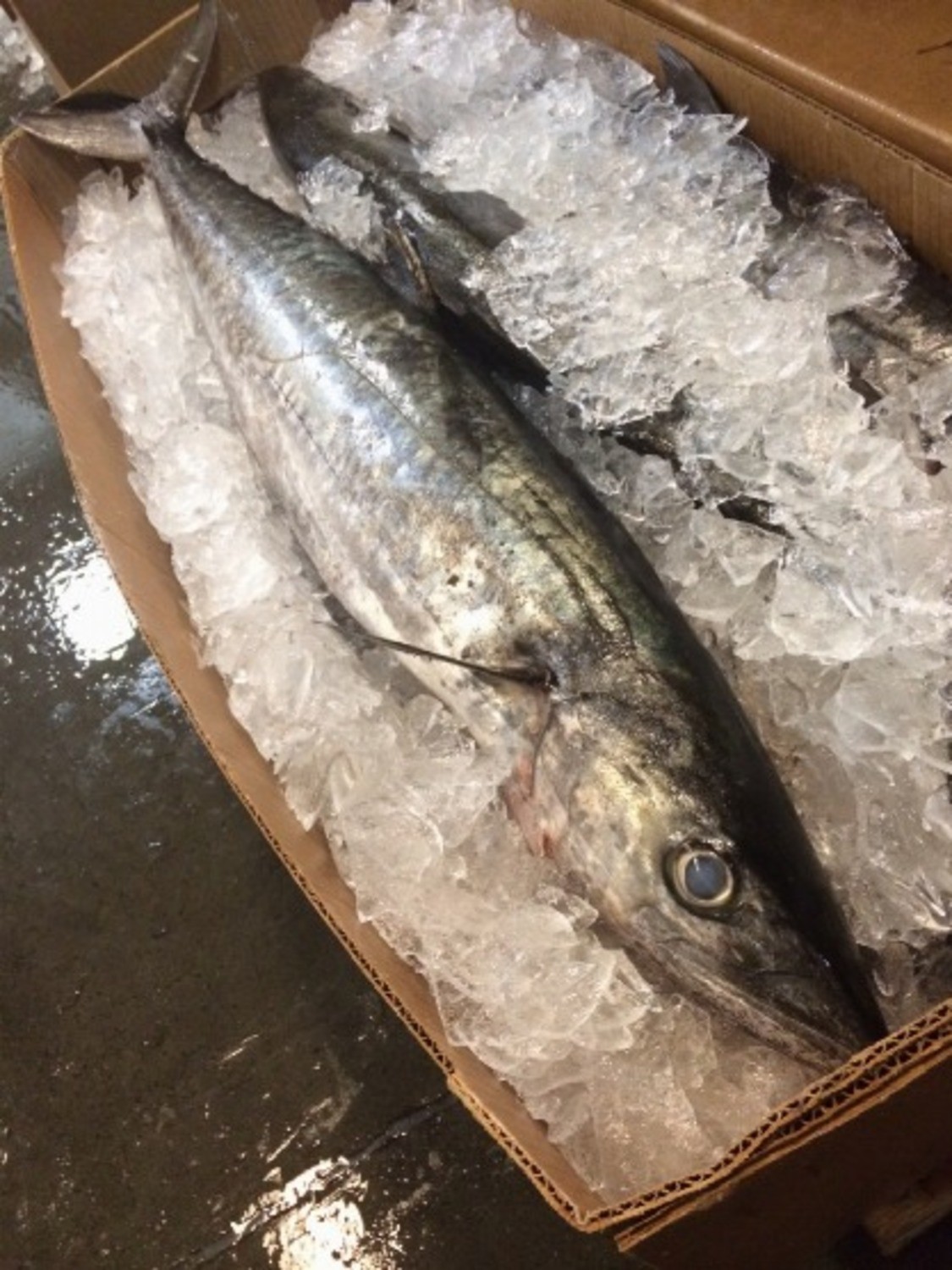 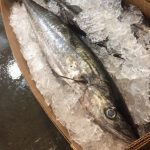 Identification & Biology: The king mackerel is a slender, streamlined fish, slightly flattened from side to side with a tapered head. Its color ranges from an iridescent bluish green on its back to its silvery sides. Two dorsal fins can fold back in to a groove to enhance speed. The lateral line starts near the top of each gill and drops sharply below the second dorsal fin and ends near the tail. Young fish often have yellow spots like those of the Spanish mackerel.

The king mackerel is a medium-sized fish, typically encountered from 5 to 30 pounds, but is known to exceed 90 pounds, and may reach a length of 5.5 feet. The entire body is covered with very small, hardly visible, loosely attached scales.

Range & Habitat: King mackerel are true members of the tuna family and are a Western Atlantic species. Although the kings don’t have the endurance of the tuna, they are unmatched for their speed and agility. They are found both near shore and offshore and are common from North Carolina to Brazil. They have a preference for water temperature above 20 degrees C (68 degrees F).

The king mackerel is a schooling and migrating fish that spends the winter months in south Florida and moves to more northerly waters in spring / summer. The Gulf population is considered to be separate from the Atlantic population. The separate populations are thought to mix in the winter months from east central Florida southward past Key West. They spawn offshore in mid-summer.

Market Description: King mackerel are primarily marketed fresh. They may be sold as fillets, steaks, or in the round (whole). Their raw flesh is grayish, due to its high fat content.

Overfished in the mid-1980s, king mackerel have rebounded to a high level of abundance today. Conservative management measures now govern the hook-and-line and runaround-gillnet fisheries for king mackerel. These surface fisheries have little bycatch compared to other fisheries and no adverse effects on habitat. Today, the mackerel fishery remains viable for both commercial and recreational fishermen, and the fishery’s history is a shining example of the effectiveness of proper management. (*Season opens March 1, and closes the end of February, or when quota is filled. Current Quota=3.71 million pounds.)

Recommended Preparation: They are best prepared by broiling, baking, or especially for large “smoker” king, by smoking. King mackerel have a rich and flavorful taste if prepared correctly. Mackerel is a stronger tasting fish than many, with an oily flesh. The flavor is improved by various marinades, of which Italian salad dressing is the most popular.

*According to the United States Food and Drug Administration, king mackerel is one of four fishes, along with swordfish, shark, and tilefish that children and pregnant women should avoid due to high levels of methylmercury found in these fish and the consequent risk of mercury poisoning.