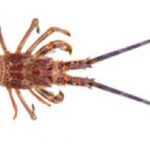 Around eight species of rock lobster are caught in Western Australia’s clear, unpolluted waters, but by far the most prolific is the western rock lobster Panulirus cygnus.

Western Rock Lobsters take between three and four years to reach legal size at about 76mm carapace length. As well as being found in their natural habitat Rock Lobster are successfully “intensively farmed” providing a year round constant supply.

In Western Australia and Asia the Rock Lobster is also known as ‘crayfish’ or ‘spiny lobsters’, rock lobsters are exported mainly to South East Asia, USA and Europe.

The Western Rock Lobster is one of the most valuable single-species lobster in Australia and usually represents about twenty per cent of the total value of Australia’s fishery seafood.

Like all lobsters Western Rock Lobster readily turn to their characteristic red color during cooking and with a constant supply enables you to have them on the menu all year round.

The sweet, creamy white meat of the Western Australian Lobster is praised by chefs and featured in gourmet restaurants world wide.