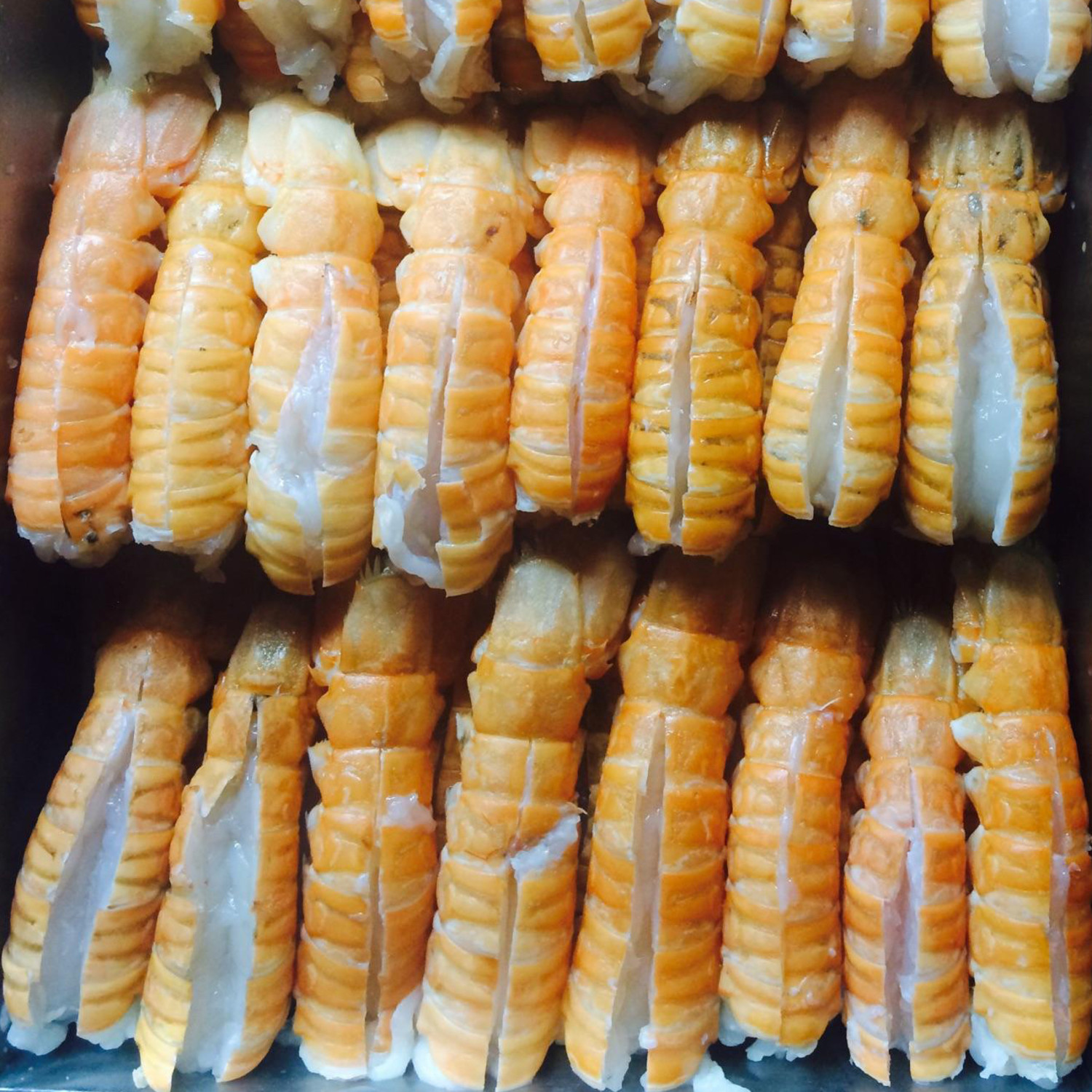 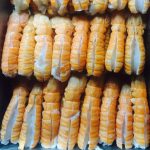 Identification & Biology: Scampi live in burrows on soft sea bottoms at depths of 33 to 820 ft (10 – 250 m). They grow to about 8 in. (200 mm) long and weigh about 7 oz (200 g). The slender claws may be almost as long as the body. Nephrops norvegicus is the langoustine’s proper scientific name. It is a decapod (that is, a crustacean with 10 feet arranged in five pairs), belonging to the nephropidae family (that is, clawed lobsters), only distantly related to the clawless spiny lobster but more closely linked to freshwater crayfish. It spends days in burrows in the mud on the sea bottom, emerging at dusk to feed on mollusks and other crustaceans.

Range & Habitat: widespread in the Mediterranean and northeastern Atlantic.

“Scampi,” borrowed from the Italian, is used in Britain for breaded or battered deep-fried langoustine tails, frequently served in pubs in baskets with French fries to undemanding consumers. Sometimes the term “Norway lobster” is used in gastronomic literature, and Scottish fishermen use the phrase “whole prawns.” But the French word, langoustine, is used in Britain today to describe the animal in its shell.

Venetians, who have pulled them from the Adriatic Sea for centuries, call them scampi. Risottos with scampi and zucchini or scampi and radicchio rank among La Serenissima’s favorite dishes.

These days, though, most of Europe’s langoustines originate in colder, deeper waters, like those off Brittany, Norway and especially Scotland. More than a third of the world’s catch comes from Scottish waters, such as the fjord like Loch Fyne and Loch Torridon, and much of that is exported, to Venice among other places.

Market Description: It is sold as a delicacy over much of its range. Most scampi are trawled, but some are caught in baited lobster pots. At its best the meat is heavenly, more subtle in flavor and delicate in texture than that of their huskier cousins from Maine.