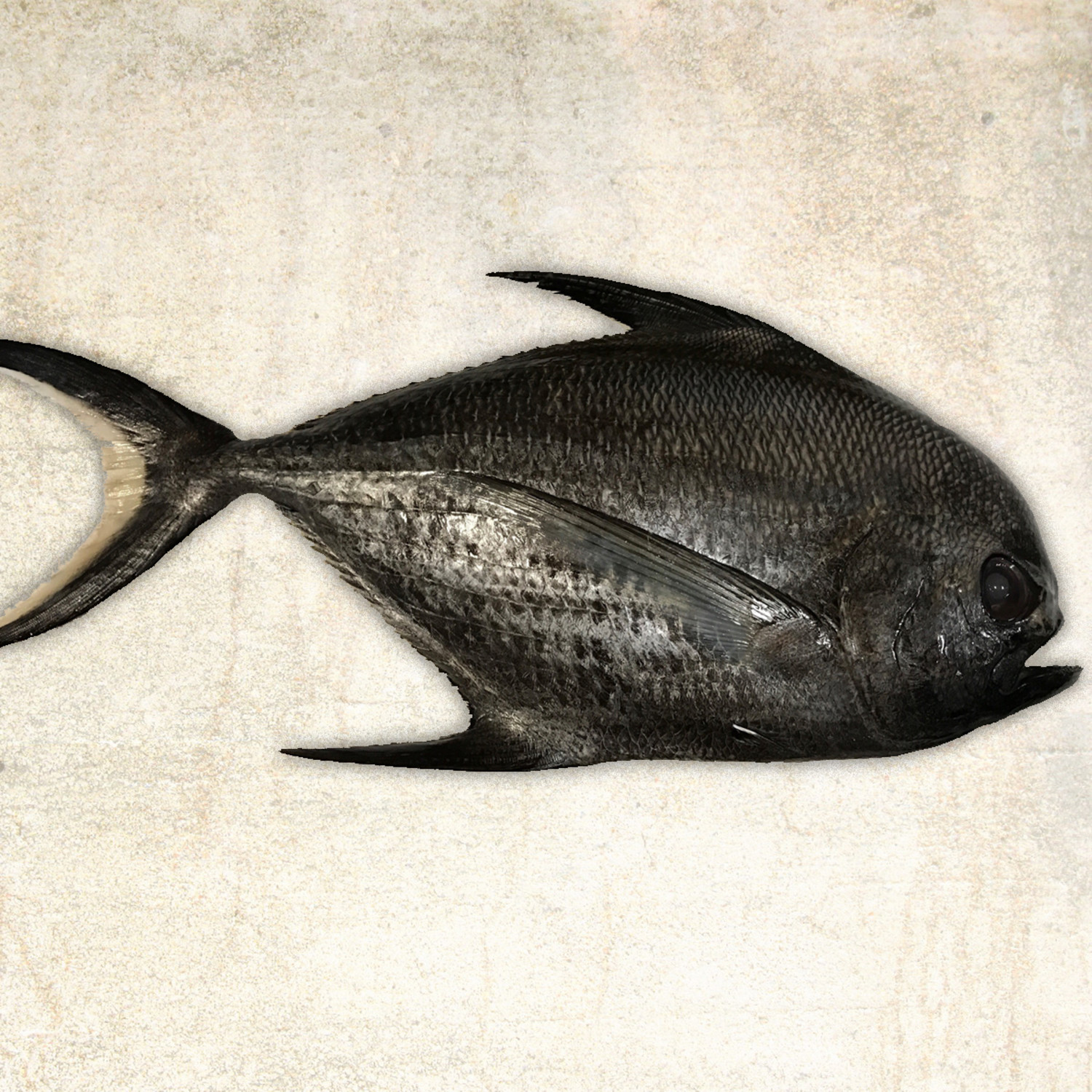 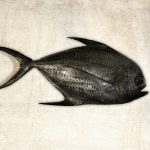 Identification & Biology: Two species of pomfret, also known as monchong in Hawaii, are harvested in small quantities by the tuna longline and bottomfish handline fisheries. The predominant species is Taractichthys steindachneri, known as the sickle or bigscale pomfret, because of the forked shape of its fins and large scales. Longline fishermen from Japan refer to monchong as “utopia fish.” The large black scales covering the entire body of this species distinguish it from Eumegistus illustris, or lustrous pomfret, which has bronze skin color, larger eyes, and a thicker body. The lustrous pomfret also has a scaleless area behind and above the eyes lacking in the sickle pomfret. The lustrous pomfret accounts for less than 5% of monchong landings in Hawaii.

Range & Habitat: Monchong are usually caught in deep waters (greater than 150 fathoms), often in the vicinity of seamounts. The lustrous pomfret has been caught on seabed slopes over 250 fathoms deep.

Market Description: Most monchong is sold as skinless fillets. The large, hard scales make skinning the only practical product form. The yield of skinless fillet from the whole weight is about 45%. A thick rib bone which covers a large portion of the belly flap is trimmed off fillets. Small monchong are sold whole or gutted, as are some larger fish.

Availability And Seasonality: Only small quantities of monchong are available because it is not usually targeted by fishermen. The largest supply is the by-catch from the tuna longline fleet, especially boats which fish deep waters around seamounts. There are no well-defined seasonal trends in availability. Monchong can range from about 4 pounds to over 25 pounds, but the prime market sizes are fish over 12 pounds.

Shelf Life And Quality Control: Monchong has an excellent shelf life as a fresh product, lasting up to 3 weeks after capture with proper handling. Fish are landed and iced whole until final processing. It is not uncommon for parasites to occur in monchong. This condition may render the adjacent flesh unusable for aesthetic reasons, but simple trimming can correct this problem.

Buying Tips: Monchong has clear, white flesh with pinkish tones. It is firm in texture and moderate in flavor. The highly transparent flesh, high oil content and good shelf life makes this versatile fish very attractive for restaurant use. Like several other species harvested in Hawaii primarily as by-catch, monchong has gained an identity as an exotic fish.

Recommended Preparation: Because of its high oil content, monchong is well suited for grilling but it can also be broiled, sautéed, or baked. Monchong has been well received as a white-flesh sashimi, but is rarely used in raw fish dishes in Hawaii.