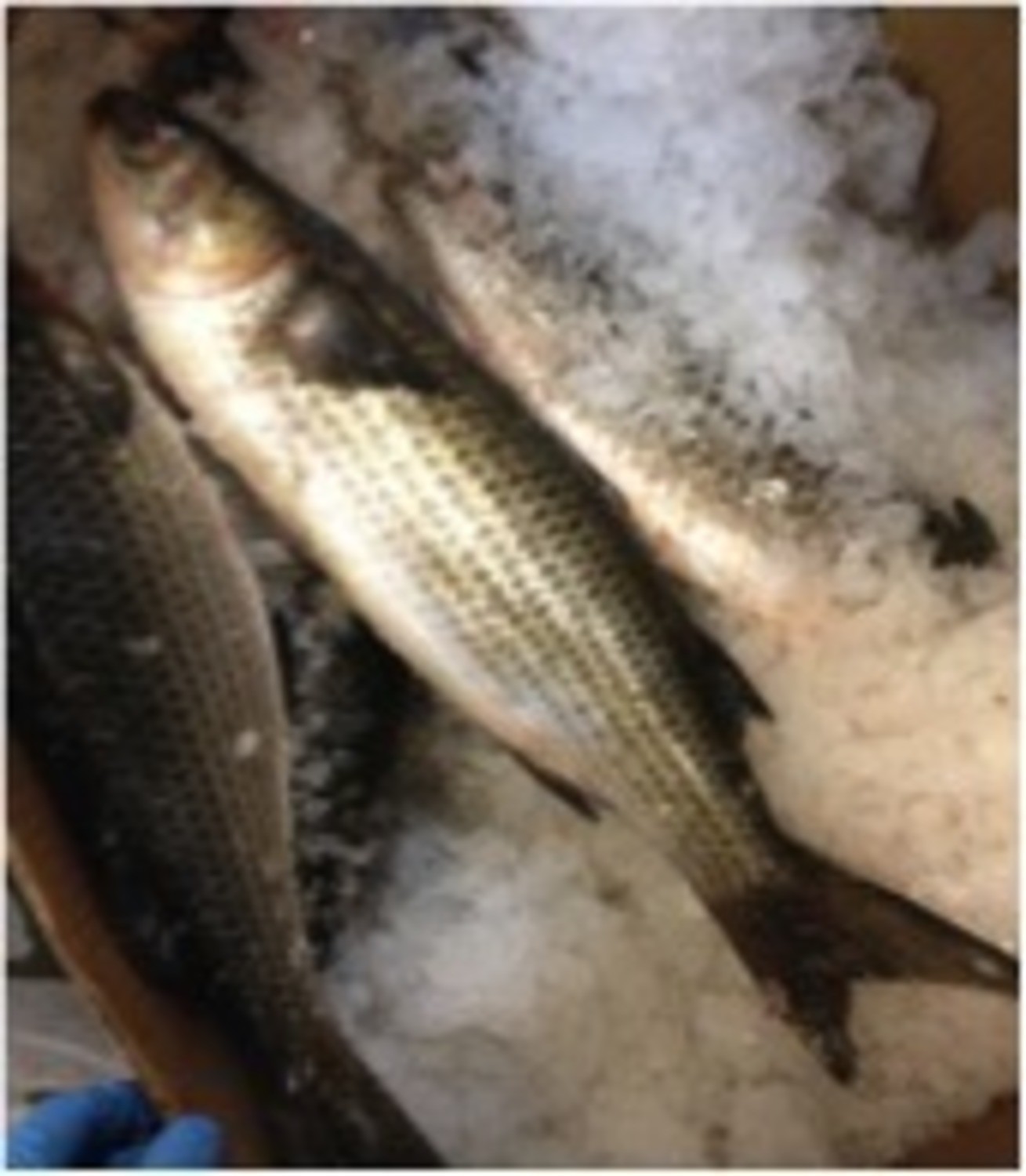 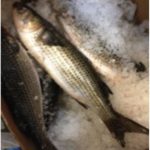 Identification & Biology: The mullets or grey mullets are a family (Mugilidae) of ray-finned fish.

In North America, “mullet” by itself usually refers to Mugilidae. In Europe, the word “mullet” is usually qualified, the “grey mullets” being Mugilidae and the “red mullets” or “surmullets” being Mullidae, notably members of the genus Mullus, the red mullets. Outside Europe, the Mullidae are often called “goatfish”. Fish with common names including the word “mullet” may be a member of one family or the other.

Mullet swim in large schools and are commonly seen jumping out of the water, hence the name jumping mullet. This makes it easy for fishermen to spot the fish even in the dark. Mullet feed on aquatic plants and algae found floating, attached to the bottom or mixed in with surface sediments. The mullet is considered a vegetarian and is the only fish that has a gizzard, much like a chicken, that is used to grind up and digest plant material. Commercial harvesters use a cast, beach or haul seine net to catch mullet.

Market Description: Mullets have served as an important source of food in Mediterranean Europe since Roman times. The family includes about 80 species in 17 genera. The two most commercially harvested species of mullet in Florida are the striped mullet (Mugil cephalus) and white mullet (Mugil curema). The striped mullet is commonly called a black mullet, gray mullet or jumping mullet and the white mullet is called a silver mullet.

Buying Tips: For years mullet was readily available in local seafood markets and the most inexpensive fish to be brought. Mullet may be available year round, but the heaviest supply is in November and December.

Recommended Preparation: Extremely versatile, mullet can be prepared in a variety of ways without fear of its becoming too dry: barbecued, baked, broiled, deep-fat, fried, over-baked, pan fried or smoked. In addition to the mullet flesh, the roe (both white and yellow) and gizzards are also edible.