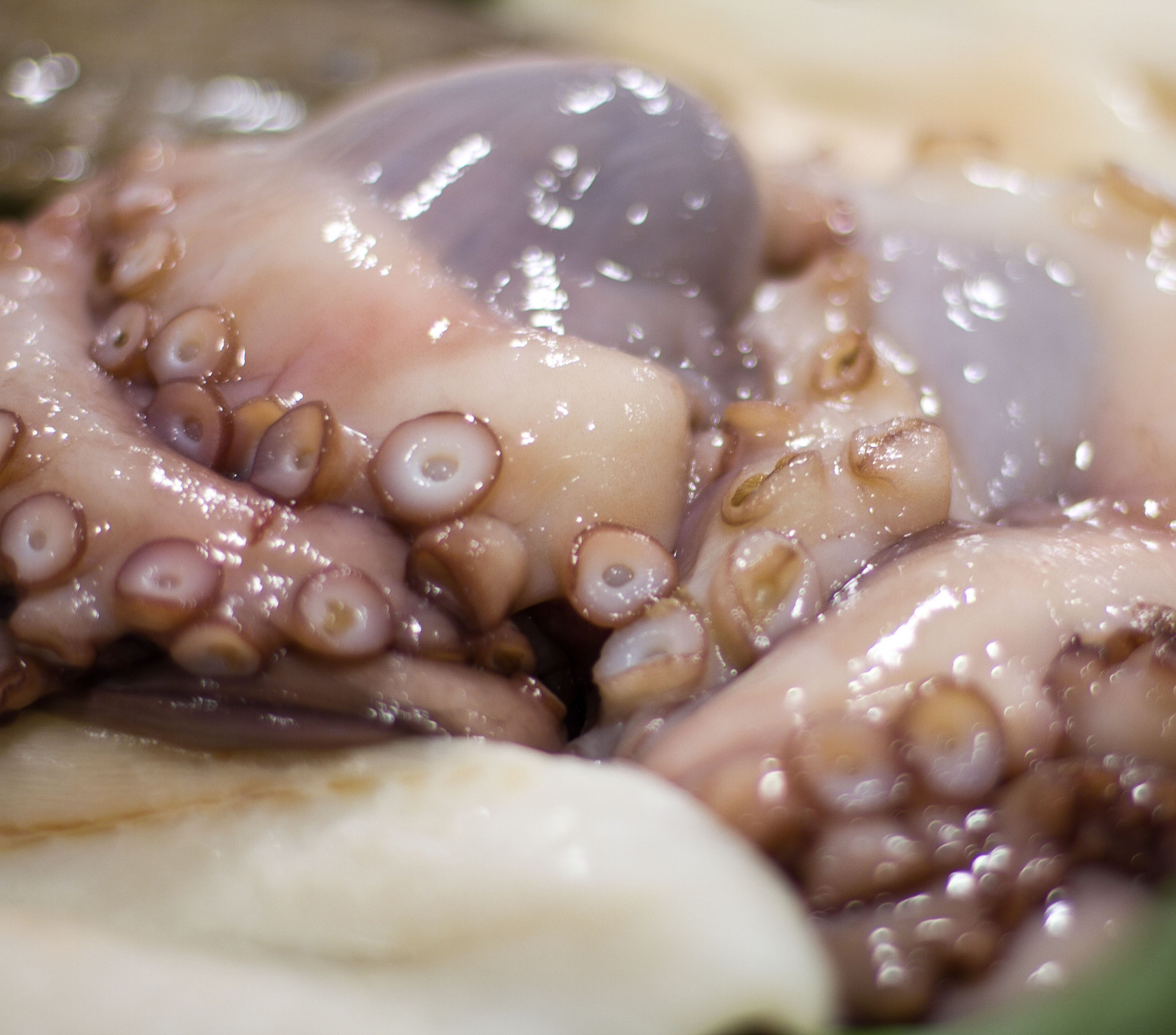 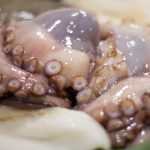 Range & Habitat: Octopus can be found in both the waters of the Atlantic and the Pacific up and down the coasts of Mexico, the United States and Canada.

Identification & Biology: Octopus, like squid, are cephalopods, but octopus have eight tentacles. Most octopus are not the giant creatures we imagine them to be, but are usually no more than one or two feet in length, weighing in at about three pounds. Baby octopuses are approximately one to two inches or less in length. Octopuses have a red, brown and purple mottled skin.

Market Description: Fresh or frozen raw octopus is purplish or brownish-gray in color, but otherwise resembles the octopus that is found alive in water. Cooked octopus is also available widely and is white and purple in color. Octopus meat is very firm, slightly chewy, and yet tender with a mild flavor.

Sold as: Octopus is usually sold whole either fresh, frozen, or cooked. Most octopus is sold already cleaned. Smoked and canned octopuses are also available.

Buying tips: Although you can clean the octopus yourself, it is best to buy the octopus already cleaned. Fresh octopus can be identified if it still smells slightly of the ocean.

Recommended Preparation: All parts of the octopus can be eaten save the eyes, mouth area, and viscera. It can be eaten raw, deep fried, stewed, boiled and pickled. Japanese methods call for a vigorous rubbing with salt, then boiling until it turns white. With older and larger octopus, a longer cooking process is recommended to tenderize the octopus; boiling for as long as two hours is not unheard of. Baby octopuses are cooked whole for a much shorter amount of time.