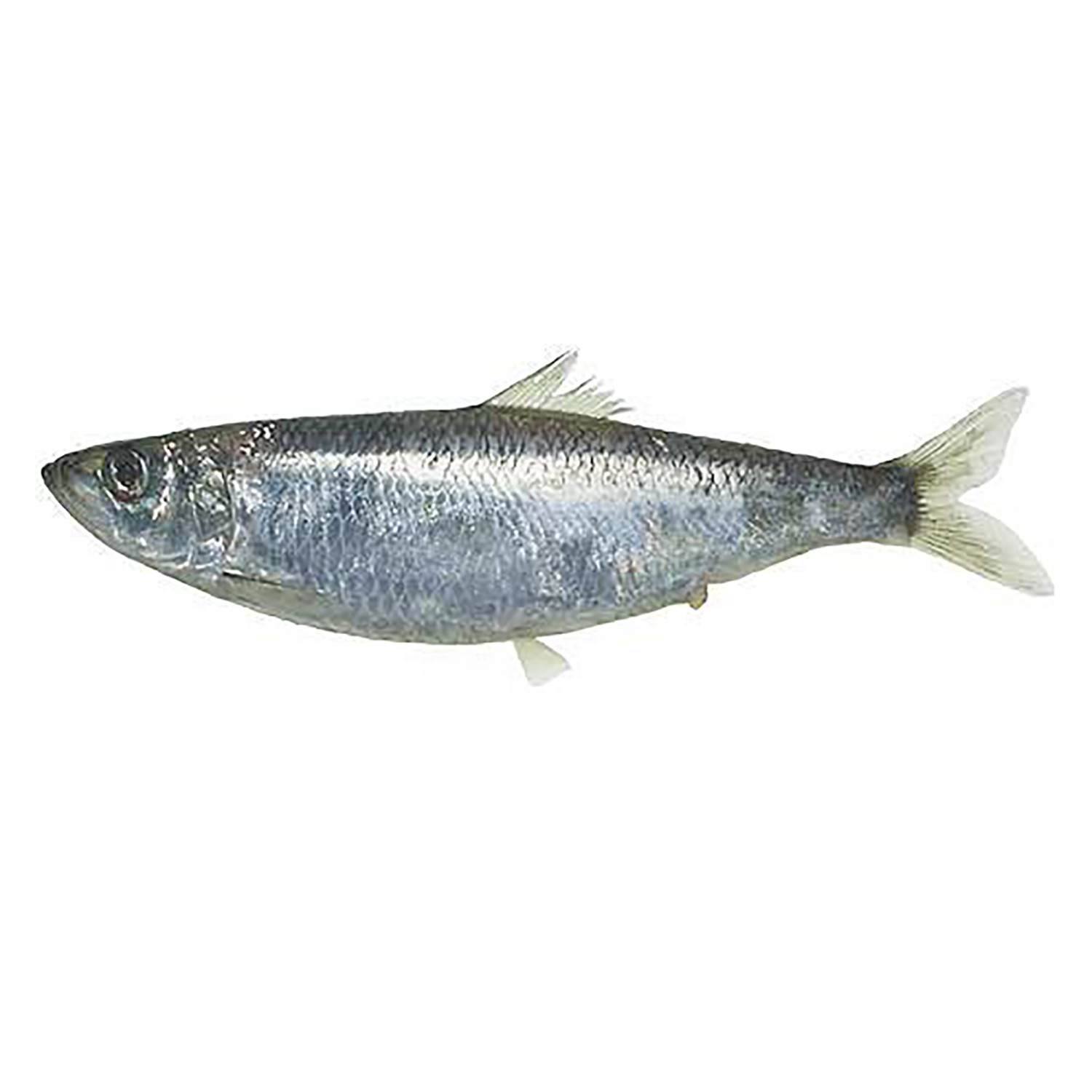 The Pacific herring (Clupea pallasi) is one of more than 180 species in the herring family, Clupeidae. This family contains some of the world’s most abundant and commercially important fishes. Herring are important food sources for a wide variety of fishes, mammals, and birds.

Identification & Biology: Herring have a blue-green upper body with silvery sides and are devoid of markings. The body is laterally compressed and the scales along the underside project in a slightly serrated arrangement. Scales are large and easily removed. These fish may grow to 18 inches in length, but a 9-inch specimen is considered large.

Range & Habitat: Pacific herring migrate in schools and are found along both shores of the ocean, ranging from San Diego Bay to the Bering Sea and Japan. Pacific herring generally spawn during the spring. In Alaska, spawning is first observed in the southeastern archipelago during mid-March, in Prince William Sound in April and May, and in the Bering Sea during May and June. Spawning is confined to shallow, vegetated areas in the intertidal and subtidal zones.

Market Description: Herring travel in large schools, which can contain several million fish, and can be located by echo sounders. Presently, herring are harvested primarily for sac roe to foreign markets. Substantial harvest for sac roe began in Southeast Alaska in 1971 and has expanded up the Alaska coast to Norton Sound. Herring are managed with individual quotas for discrete stocks and are harvested commercially by gill-netters and purse seiners. Sac roe fisheries in most areas are regulated under the state’s limited entry program.

Herring are also commercially harvested for use as bait for the halibut, groundfish, crab, and salmon troll fisheries. Bait harvest has extended to Dutch Harbor in the Aleutian Chain in recent years.

Buying Tips: Most commercially caught herring is used to produce oil and meal, while some is smoked, dried, pickled, canned, or salted for human consumption.