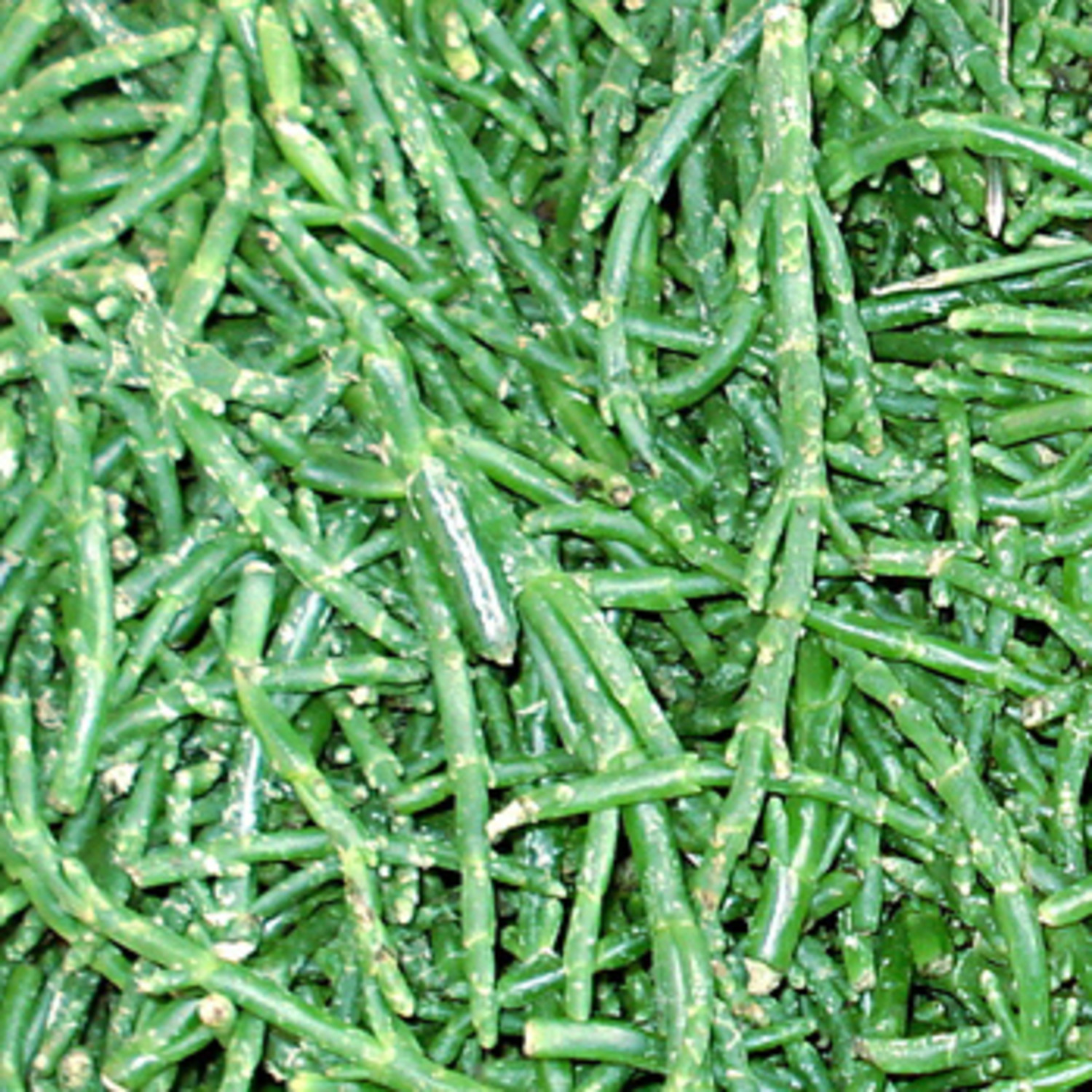 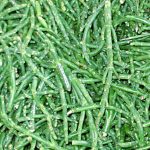 Market Description: Two plants are called Samphire in France and England. One belongs to the Goosefoot family and is called Salicornia, of which a domestic U.S. version appears on the Pacific and Atlanta coasts. The other is Crithmum maritimum and called rock samphire or sea fennel. Salicornia for “salt horns” describing the shape of the top sections filled with salt.

Glasswort or glassroot because it provides soda ash used extensively in glass making. The plants were burned and the ashes gathered up for use.

Sea asparagus because it grows by the sea and looks long and skinny like asparagus. Other food names: sea bean, sea pickle, poor man’s asparagus. In summer it is harvested for its tender green tips that are used fresh in salads, cooked like green beans or pickled like gherkins. It belongs to the same plant family as beets, spinach, and Swiss chard.

Samphire for swamp fire because of the bright red color in fall.

Recommended preparation: Sea asparagus is extremely salty! Avoid overseasoning. Quickly blanch the sea asparagus –no more than ten seconds to get it bright green, and then shock it in cold water. The result? A superbly crisp and briny vegetable that was unusual and delicious.