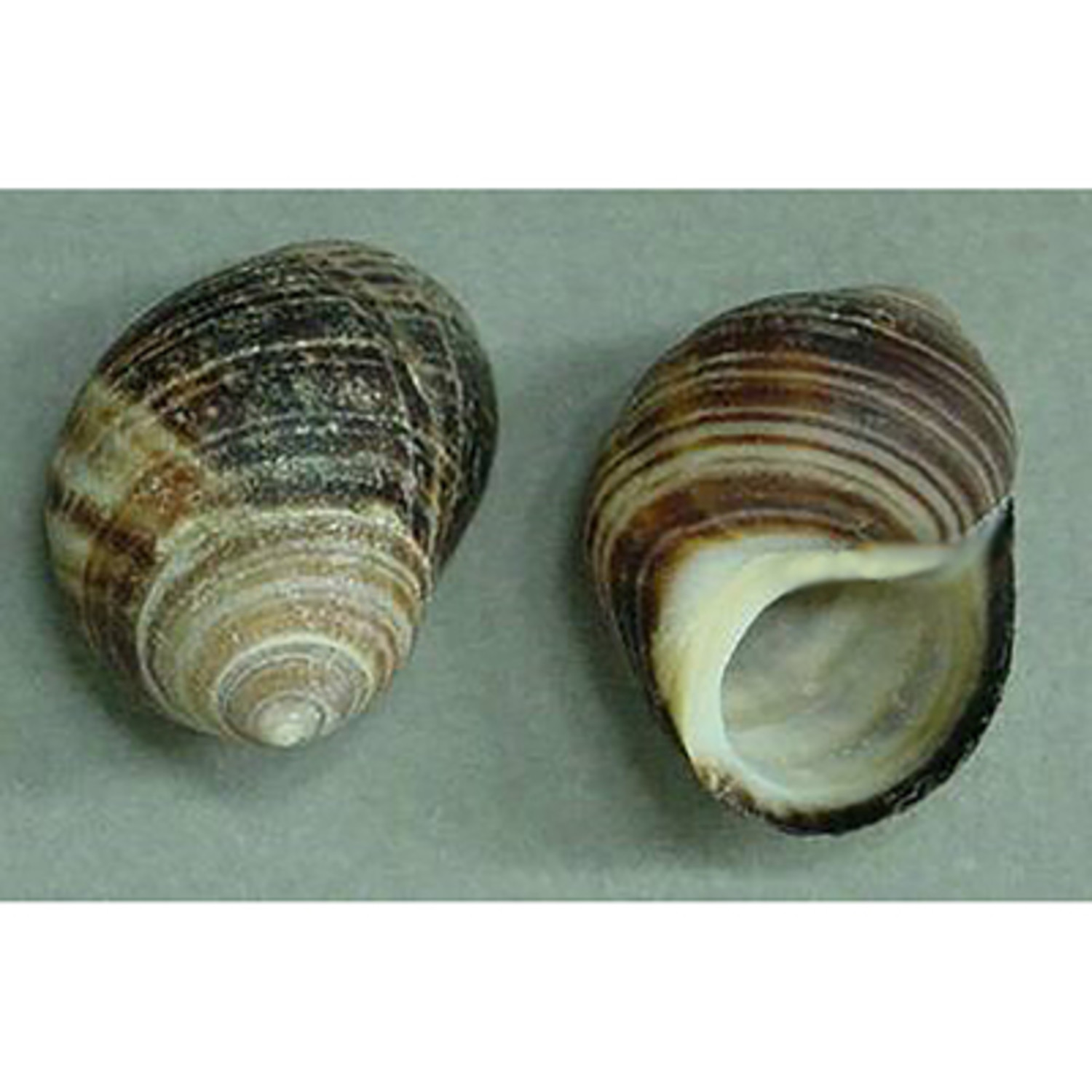 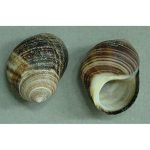 Range & Habitat: Common periwinkles are mainly found on rocky coasts or sandy or muddy habitats on the shores of the Atlantic Ocean. They can also be found in brackish water. They also live in small tide pools which range from 1 to 2 m. Periwinkles live in shallow tidepools in the splash zone.

Identification & Biology: When not walking, it often nestles in a crack or gully and seals the gap between its shell and the rock. Tide pools provide food for periwinkles. The periwinkles are spiral shaped. This species eats with the help of its radula. They use their radula to scrape algae from rocks. The shell is heavy for its size and unsculptured. The shell coils around a central line, the coils increasing in size as they go toward the opening. The largest, bottommost coil is called the body whorl. The smaller whorls sitting on top of the body whorl are called the spire.

Large or flat periwinkles have broad, conical shells with three whorls in its spire. The shell is light grayish brown leading to its other name, gray periwinkle. This shell is often rough or eroded; looking like it is disintegrating, leading to yet another common name, eroded periwinkle.

Black or checkered periwinkles look quite different, like someone has sprinkled little drops of black tar across the rocks. The shell is smooth, black, narrow and conical and much smaller. It has four whorls in its spire.

Market Description: Edible or common periwinkles have long been gathered from the lower shore for food.

Recommended Preparation: Periwinkle is a delicacy in African and Asian cuisine. It is high in protein but low in fat content. It is estimated that periwinkle is 15% protein, 2.4% fat and about 80% water. Periwinkles are also commonly eaten in Britain and Ireland where they are commonly called “winkles.” If meats are to be extracted they are boiled in salt water or steamed for 6-8 minutes and extracted by hand.