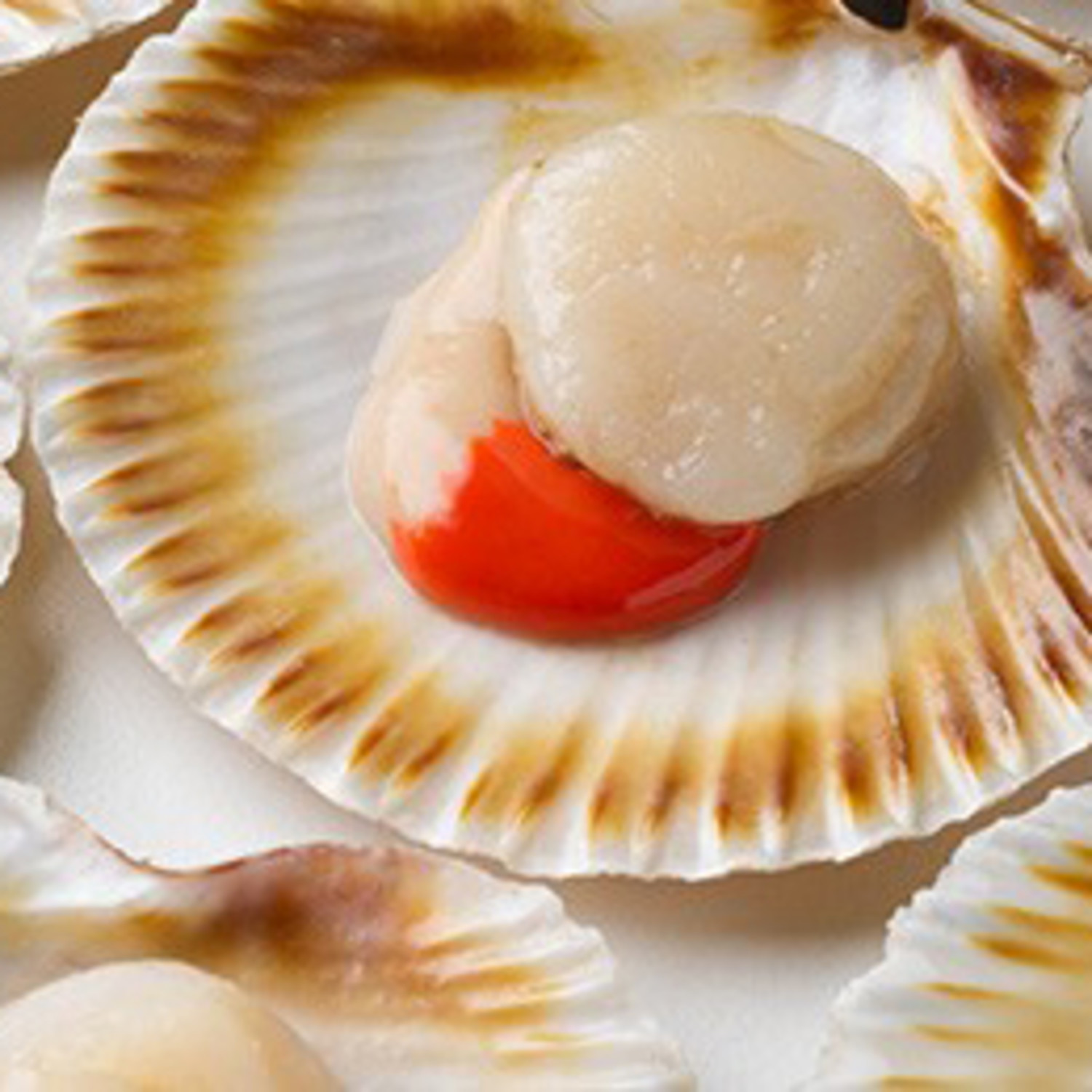 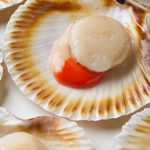 Identification & Biology: The valves are flat and round and have about 20 ribs extending out from the umbo. On either side of the umbo is a pair of small, winglike extensions that are slightly unequal in size. The colors of the outer surface are variable, spotted or solid, and can be white, red, or orange. The right valve is lighter in color than the left. The inside of each valve is white. The margin of the mantle has lots of sensitive tentacles with eyes. They can rapidly propel themselves through the water by shutting and opening their shell valves. The Queen Scallop can grow up to 9cm/3.5″ plus and has a lifespan of 3-4 years. The King and Queen scallops are true hermaphrodites. The gonad roe) contains in excess of 100 million eggs with the pink part being female and the white part male.

Range & Habitat: They are found in the Mediterranean Sea and eastern Atlantic coast from Norway to the Cape Verde Islands, the Azores and the North Sea. They are also raised on experimental farms in Spain, France, and the United Kingdom. Queen scallops live on all bottoms, (Sand; 0 – 36 m depth) except those covered with rocks, at depths down to 1,312 feet (400 meters), but are most common at about 130 feet (40 meters).

Market Description: Queen scallops are small portions… (adductor muscle or whole). Like most seafood, scallops are seriously good for one’s health. They are rich in protein and a very good source of Omega-3 fatty acids. High in Vitamin B12, they are also a good source of key minerals such as copper, iron, manganese, phosphorus, selenium and zinc. Their tender meats have a rich, sweet, and flavorful taste.

Buying Tips Scallop meats are usually shucked (taken out of the shell) right after harvest. Look for scallops with a briny, sweet aroma. Meats should be firm, translucent, ivory to pinkish-white color. Avoid water-soaked scallops, which will excrete a milky white liquid.

*The queen scallop symbol was originally worn on heraldic insignia to signify that the wearer had made a pilgrimage to the Christian shrine of St. James in Santiago de Compostela, Spain. The symbol later identified its bearer or ancestor as a Crusader or other type of pilgrim.