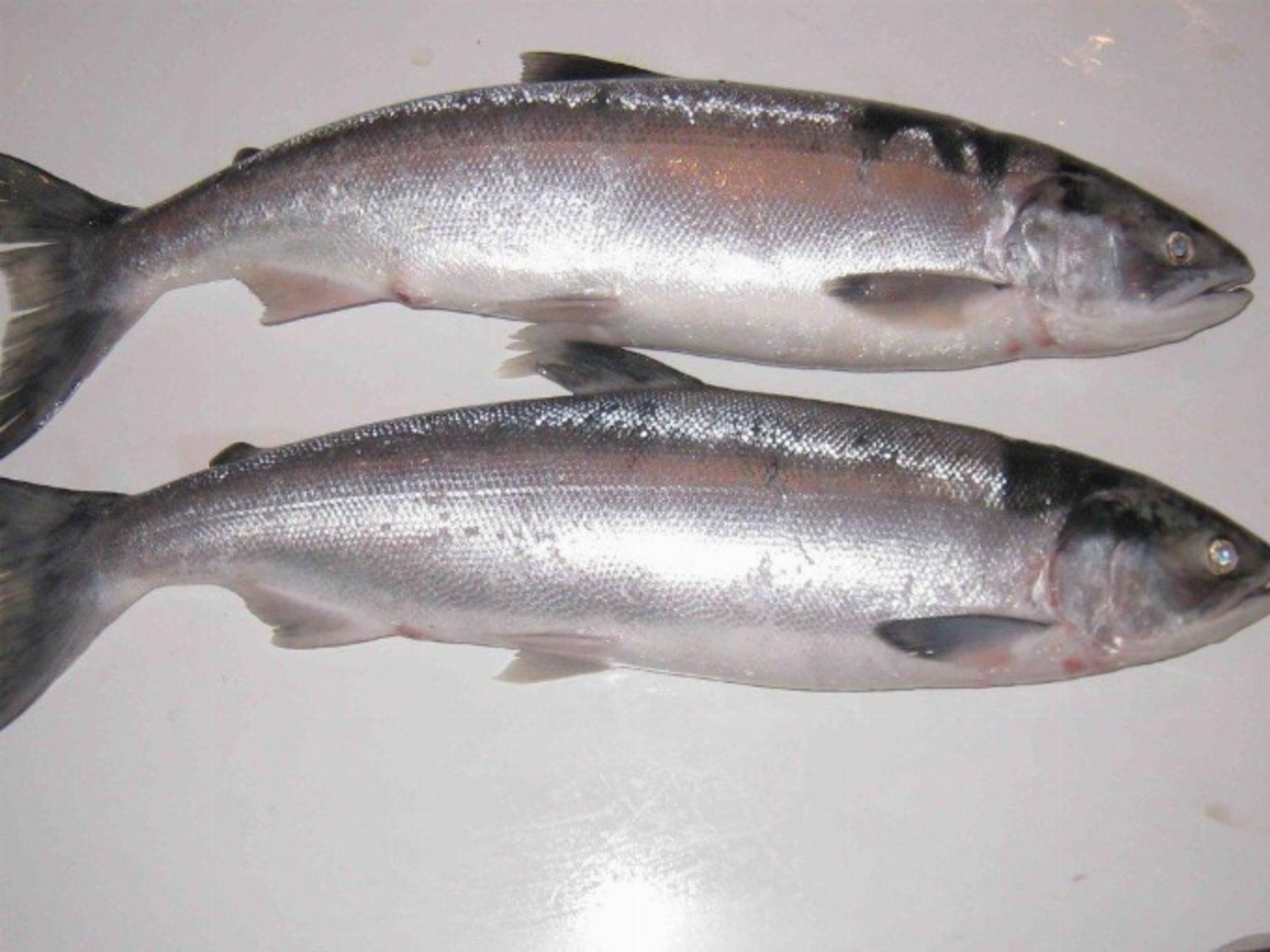 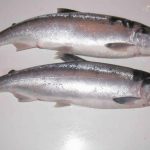 The Coho salmon (Oncorhynchus kisutch, from the Russian кижуч kisutch) is a species of anadromous fish in the salmon family. Coho salmon are also known as silver salmon or "silvers".

Identification & Biology: During their ocean phase, Coho have silver sides and dark blue backs. During their spawning phase, the jaws and teeth of the coho become hooked, and they develop bright red sides, bluish green heads and backs, dark bellies with dark spots on their back. Sexually maturing coho develop a light pink or rose shading along the belly and the males may show a slight arching of the back. Mature coho salmon have a pronounced red skin color with darker backs and average 38 inches in length and seven to 11 pounds in weight, although coho weighing up to 36 pounds have been reported. Mature females may be darker than males, with both showing a pronounced hook on the nose.

Range & Habitat: The traditional range of the coho salmon runs from both sides of the North Pacific ocean, from Hokkaidō, Japan and eastern Russian, around the Bering Sea to mainland Alaska, and south all the way to Monterey Bay, California. Coho salmon have also been introduced in Lake Erie, as well as many other landlocked resevoirs throughout the United States.

Little is known of the ocean migrations of Coho salmon. High seas tagging shows that maturing Southeast Alaska Coho move northward throughout the spring and appear to concentrate in the central Gulf of Alaska in June. They later disperse towards shore and migrate along the shoreline until they reach their stream of origin.

Ocean caught coho is regarded as excellent table fare. It has a moderate to high amount of fat, which is considered essential when judging taste. Only Spring Chinook and Sockeye salmon have higher levels of fats in their meat. Coho salmon can be canned, mild cured, smoked or if troll caught, sold fresh or fresh-frozen.

Historically, the coho, along with other species, has been a staple in the diet of several Native American tribes, who would also use it to trade with other tribes farther inland.