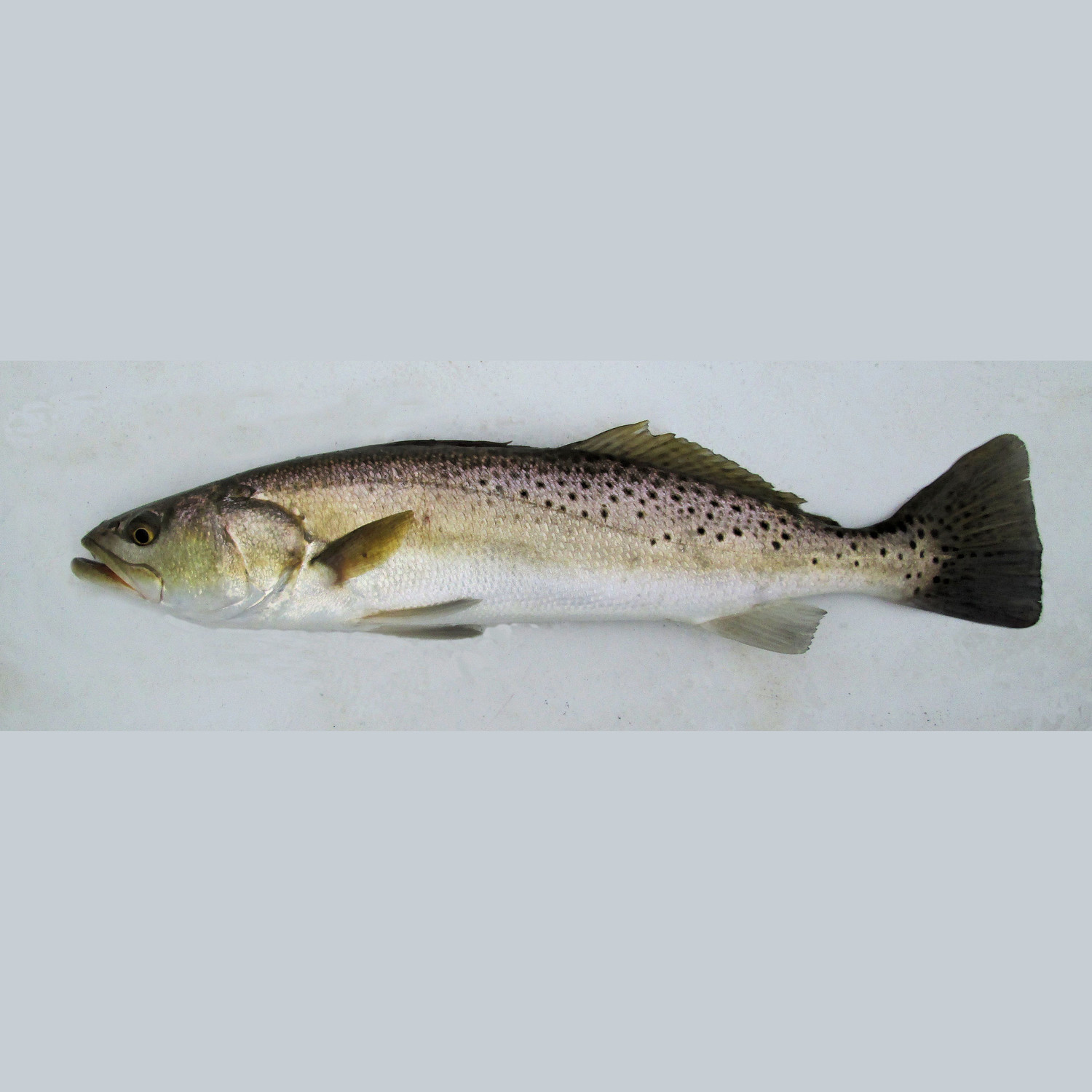 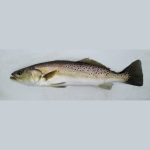 Range & Habitat: Sea trout are native to UK and are found widely in Scandinavia, Iceland, the Baltic and many parts of the European Atlantic seaboard as far south as Portugal. Non-native populations are also found in some rivers in Chile, Argentina, Australia and New Zealand and the eastern seaboard of North America.

Identification & Biology: The sea trout is a migratory form of the familiar brown trout. This is a muscular, rounded fish, with silvery colour and a variable amount of dark blotches on the upper body, which can extend below the lateral line. In general, the sea trout is stouter than the salmon, and broader at the neck of the tail (it is said that when held by the tail, a sea trout will slip through the fingers, while a salmon will hold steady). The “fatty” adipose fin, characteristic of salmonids, is present between the dorsal and caudal fins, and the relatively indistinct lateral line is straight. The breeding male is darker, with increased spottedness and a distinct upward curvature to the lower law.

Market Description: The wild sea trout, bears little resemblance to the inexpensive but unexceptional farmed trout sold in supermarkets. Its time spent at sea means that it is closer to wild salmon in colour, flavor and texture. Sea trout is a good source of omega-3 essential fatty acids, which are linked with reduced risk of heart disease and some cancers.