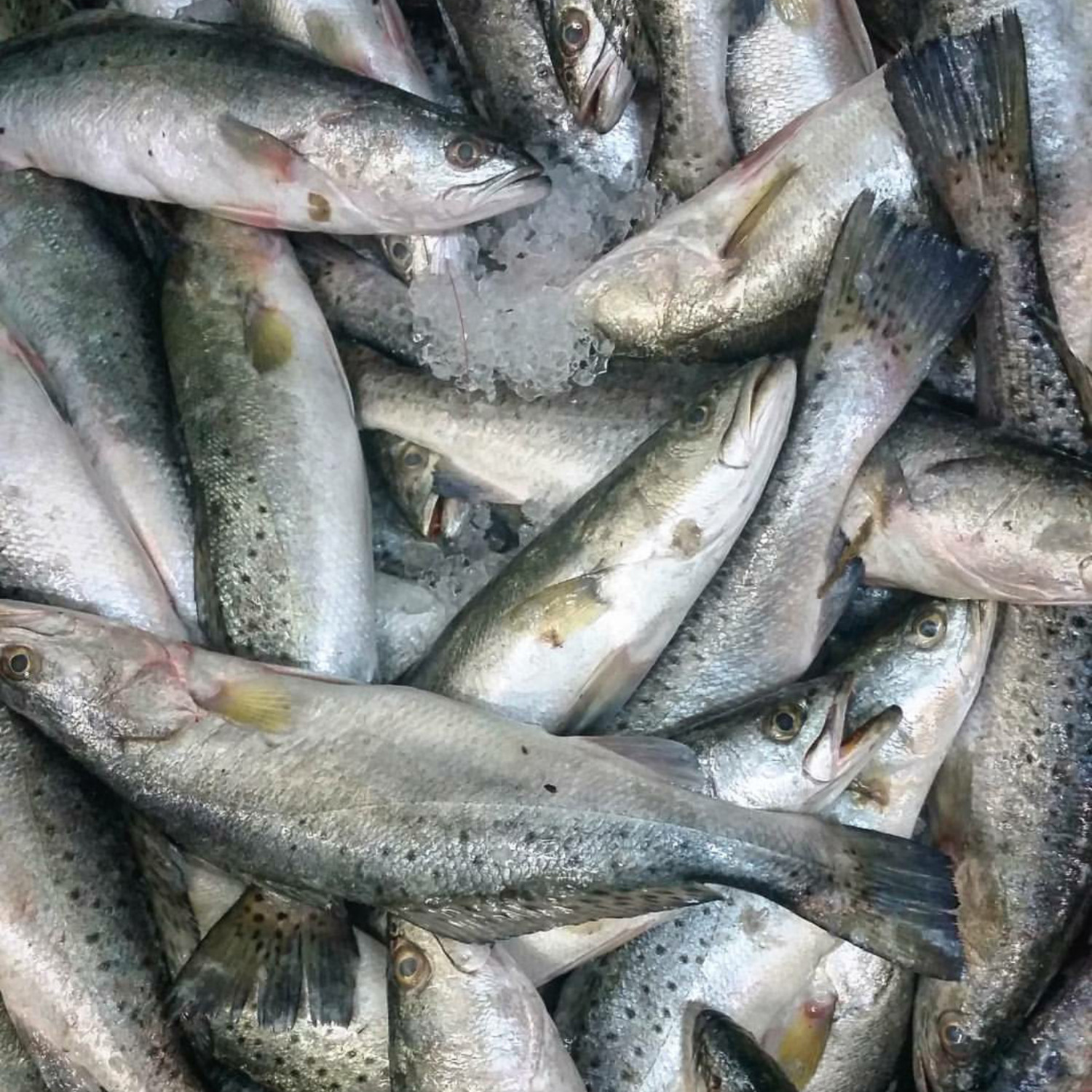 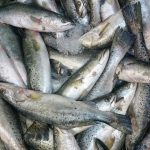 Identification & Biology: Speckled Trout are easy to identify. They have elongated bodies with spots. They are silver in color with olive-green tints on the back and numerous small black dots which extend over the dorsal fin and into the tail. The spots are more prominent when young, and are more numerous on the back. The lower jaw is larger than the upper jaw which has two prominent canine teeth. In general, specks have an elongated body with a large mouth. The diet of speckled trout consists of small crustaceans, shrimp, & small fish such as pogies and croakers. Males average 19 inches (48 cm) in length. Females average 25 inches (63 cm) long and weigh 2 to 3 pounds (1 to 1.3 kg). The spotted sea trout is a member of the croaker family (Sciaenidae) and is a first cousin to the Atlantic croaker, red drum, black drum, and sand sea trout. Speckled trout are a schooling species so once you find one there are usually more!

Range & Habitat: Speckled Trout (Cynoscion nebulosus) is a very important game fish in the Gulf of Mexico as well as the Atlantic Ocean. They are most common in the shallow bays during spring and summer. As water temperatures decline during fall, fish move into deeper bay waters and the Gulf of Mexico. Speckled trout are known by many different names such as spotted sea trout, specks, yellow mouths, spotted weakfish, and paper mouths.

Market Description: Some trout caught may have worms embedded in the flesh along the backbone. These “spaghetti” worms are larval stages of a tapeworm that can only reach maturity in sharks. The worms cannot survive in man even if the sea trout is eaten raw. The worms can easily be removed when the fish is cleaned to make the meat more appealing.

Recommended Preparation: “I realize that I am about to state an opinion that will quite likely be disputed, but here goes. Speckled trout, also known as spotted weakfish or spotted sea trout, is the best eating fish in North America. Better than Pacific salmon or sea bass? Better than redfish or pompano? Yes, yes, yes!” – Emeril’s Notes From the Kitchen