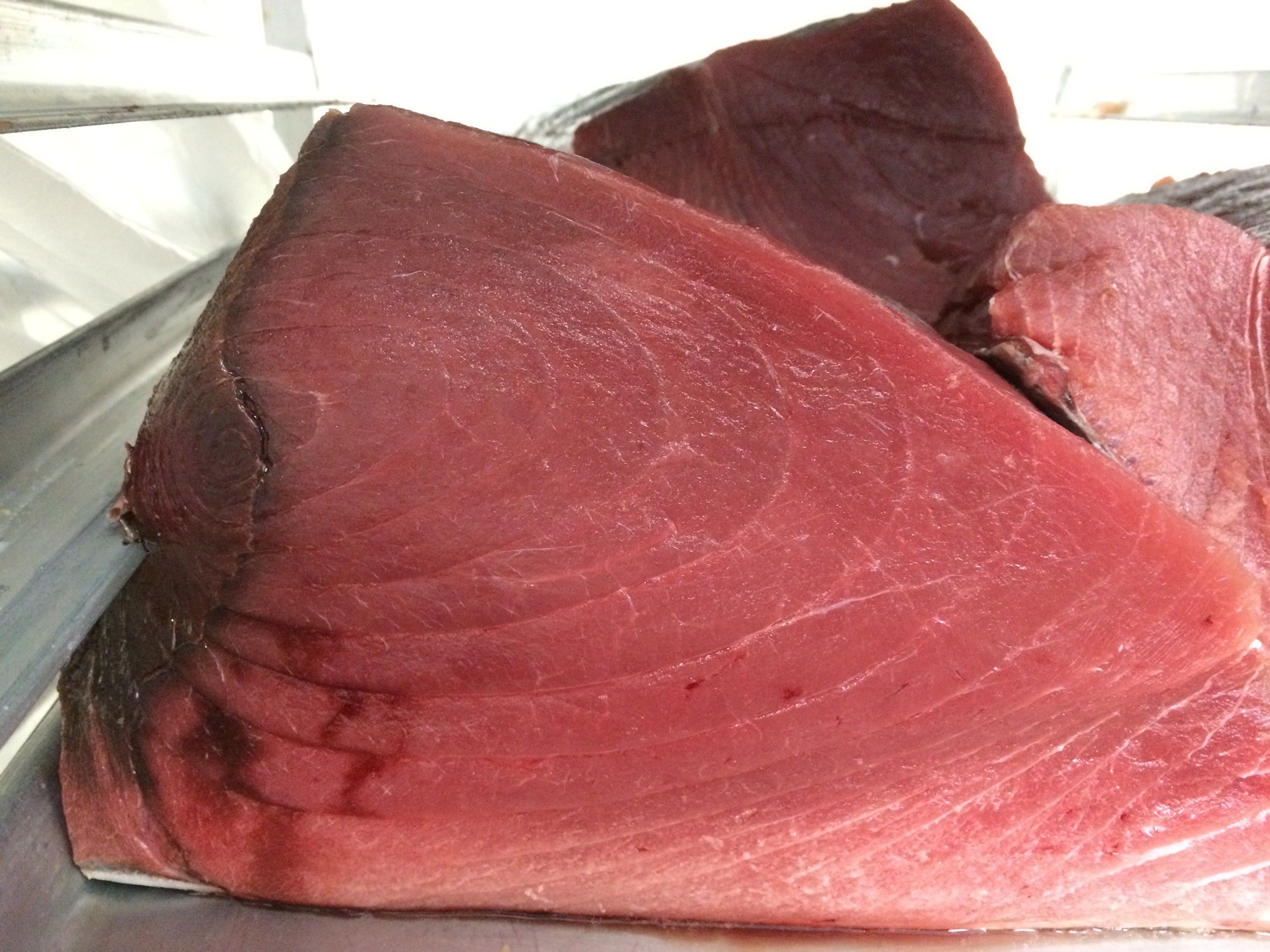 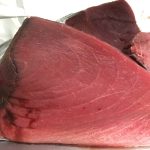 Bigeye tuna (Thunnus obesus) is one of two species known in Hawaii simply as ahi.

Range & Habitat: Adult bigeye tuna are the deepest occurring of all tuna species, with the depth range of greatest concentration at 150 to 250 fathoms. Smaller bigeye (20-30 pounds) may be encountered in shallower waters in the vicinity of seamounts or floating objects, including fish aggregation buoys. The availability of bigeye tuna in Hawaii has increased as a result of an expansion of the domestic longline fleet and an extension of the fleet’s fishing range to as far as 800 nautical miles from port.

The peak in Hawaii’s landings of bigeye tuna occurs during the winter season (October-April), which is the off-season for harvesting other tuna species.

Fishing Methods: Bigeye tuna is harvested in Hawaii primarily by longline boats which set hooks at the deep swimming depths of this species. Bigeye tuna is a minor component of the catch made by the small-boat handline (ika-shibi) fleet off the island of Hawaii. It is rarely caught by trollers.

Identification & Biology: Similar in general appearance to yellowfin tuna (the other species known as ahi), the bigeye may be recognized by its plump body, its larger head and its unusually large eyes.

Market Description: Bigeye tuna of good quality has reddish-pinkish flesh color. When exposed to air, bigeye tuna flesh will begin to discolor (although at a rate slower than yellowfin flesh). For this reason, bigeye is usually not loined or filleted until shortly before use.

Habitat: Tropical and subtropical water around the world

Buying Tips: Larger bigeye typically have a higher fat content than smaller bigeye, but even a fish as small as 25-30 pounds may be rich in fat

Recommended Preparation: Bigeye tuna is one of the preferred species for the preparation for sashimi. With a high fat content, bigeye is also among the most desirable species for grilling. Its mild flavor adapts well to numerous applications.